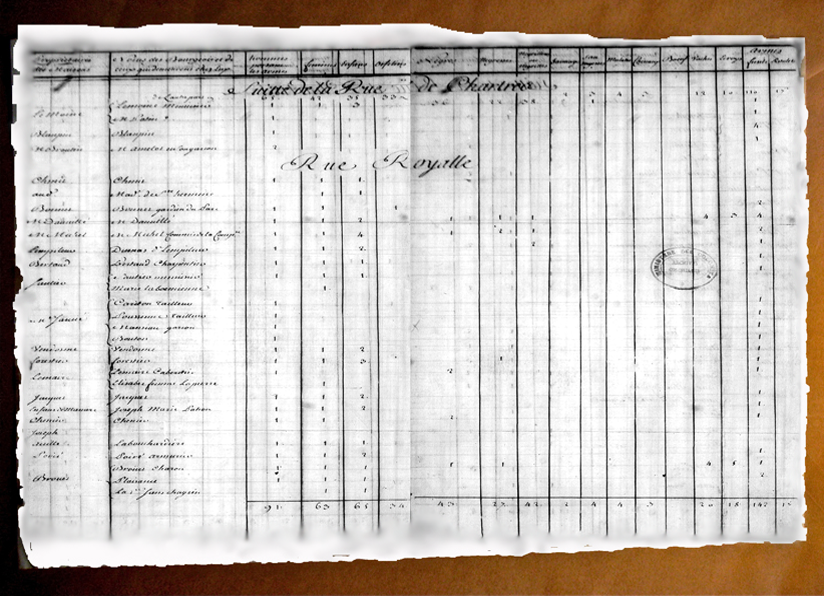 As students, we learned that source citation was a chore we must do for two reasons:

This classroom explanation misses the most critical point of all:

As researchers, we love sources. They provide answers to our burning questions. But they don’t provide proof. The answers they give us may be untrue. They may be incomplete. They often contradict each other.

Each time we find a source, we must analyze it to determine what it is. Then we identify it. That physical analysis and identification of our source is expressed as a citation. At publication stage, that citation is typically stripped down to the bare minimum needed to relocate the source. But, in the research phase, the details we capture in that citation provide the foundation for evaluating or analyzing the information that source provides.

As our research expands to include many sources, we find conflicts between them. Again, the details we have captured about each source provide a framework for analyzing our body of evidence. In the end, the proof we offer can be no better than each individual source upon which our conclusion is based.

For these reasons, a thoughtful identification of each source, at the time we use it, will do two things:

The document that introduces this QuickLesson illustrates the reasons why a citation needs to reflect the nature and quality of the source.1

Censuses were critical records in the early colonies of the New World. Those that survive are vital to historians who attempt to understand the past. Most known censuses exist, today, in various formats—notably originals, duplicate originals, images, transcriptions, abstracts, and databases.

Because these censuses are fairly ubiquitous, even on the Internet, many researchers cite them generically—e.g., “1704 Census of Maryland” or “1732 Census of New Orleans,” or “Twelfth Census of the United States, Teton County, Montana.” Thoughtful researchers, however, know that all versions of a record are not created equal. Thus, in their research notes, they carefully identify not just the source but the version they used.

For decades, students and scholars of Colonial Louisiana history have rested conclusions upon a staple source: a two-volume work published in 1970 by the late Glenn R. Conrad. As a university historian, Conrad labored to identify and obtain, for his institution, documents critical to the French establishment of Louisiana. To make those materials even more accessible, he and his students transcribed many of them—principally censuses, military records, and ship rolls—then published them in a pioneer work, First Families of Louisiana.2

One of the documents represented in Conrad’s work is the January 1732 census of New Orleans. Conrad presents it as a translated transcription, laid out in a tabular form that ostensibly replicates the original. A comparison of the published version with the original manuscript clearly demonstrates the folly of relying upon derivative works.

The two images, below, are representative of the entire record. The first presents an image of manuscript page 8. The second is an annotated image of Conrad’s corresponding page, which offers his “transcription.” 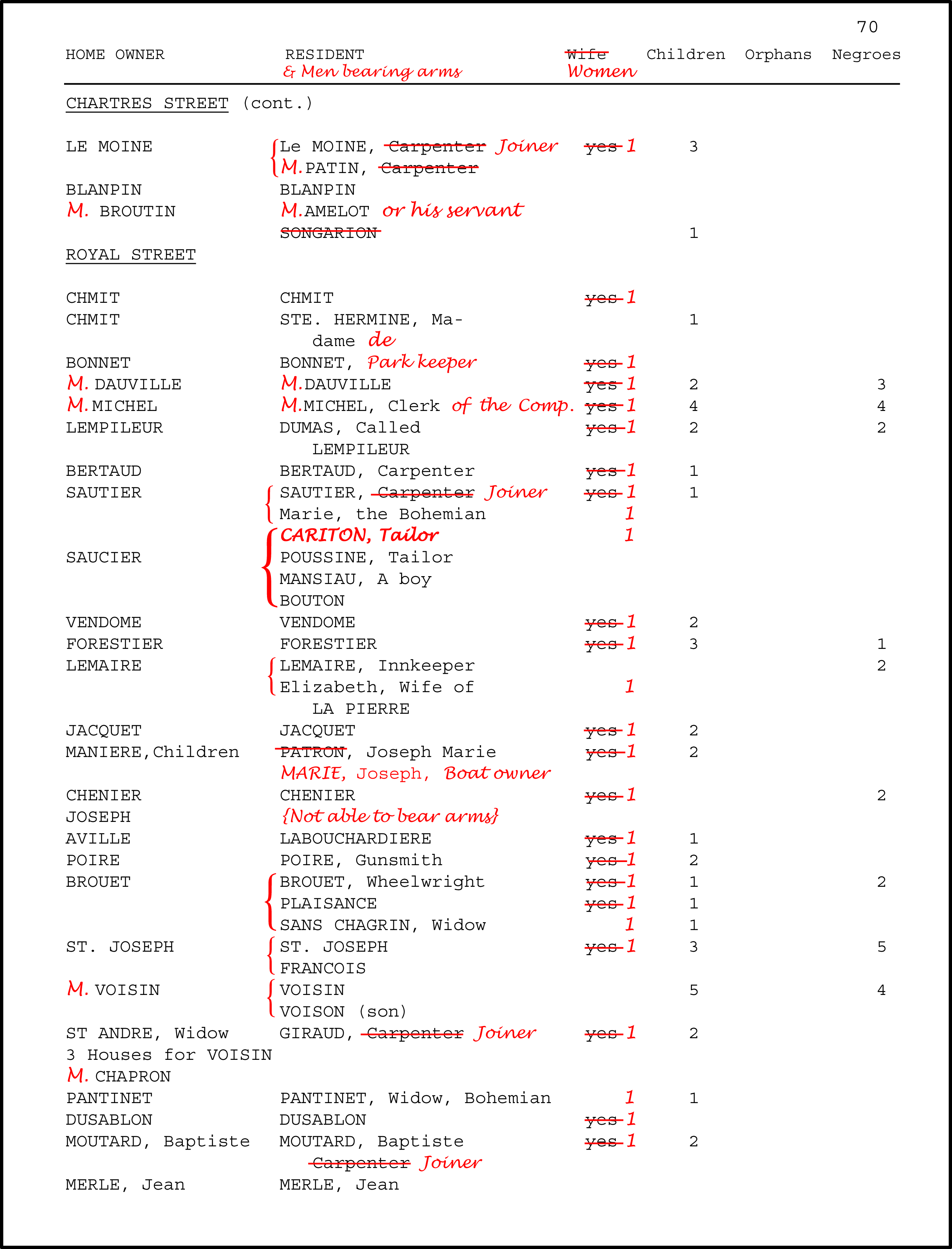 Among the significant differences, we see these:

Whatever our practice, our citations should clearly distinguish original documents from derivatives and distinguish between types of derivatives and their creators. Then, when conflicts appear within our research notes, we are far better equipped to decide which assertions carry the greater weight. And, when stalemates arise, we have sufficient data to identify the weaknesses in our research that we need to address.